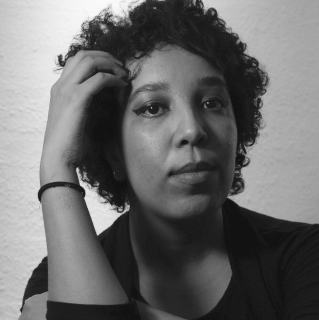 Sabah Sanhouri from Sudan was born in December 1990, writes in Arabic and won the Tayeb Salih Award in 2009 for her story Isolation, which was filmed in Jordan in 2013. In 2014 she published the short story collection Mirrors in Cairo and in 2019 the novel Paradise was originally published in Khartoum, where she lives. She was an Honorary Fellow in Writing in the International Writing Program at the University of Iowa. Sabah Sanhouri is the founder of #OneDayFiction, a cultural project that helps aspiring writers find their path to writing through mentorships, workshops and residency programmes. 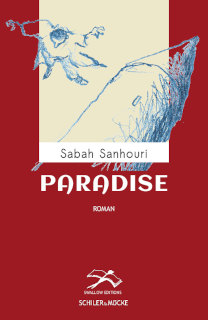 Translated from the Arabic by Christine Battermann

«… how can it be that an agency like Paradise exists? I know that need and misery are very great in our country, yet I would never have thought that someone would come and exploit this need in such a disgusting way …» doubts the young author, who introduces herself simply with her first name Salam. But Salam, the main character of Sabah Sanhouri's novel ‹Paradise›, works for this ‹agency› anyway. She ‹supports› people who want to take their own lives by writing them a ‹script› for suicide ‹that is appropriate for their last moment here on earth.›»

«I couldn’t break free from the strange world of Paradise, its characters who are on the verge of death as they slide into a dark chasm with their own free will, into a hell that their minds envision as heaven, or sold by agency to them in the form of eternal hope and salvation. It is a very interesting and fearful novel.» Abdulaziz Baraka Sakin, Sudanese writer, winner of Prix de la Littérature Arabe

«Sabah Sanhouri has established a new form of writing that rebels against the Sudanese cultural, political and social static reality. You will find great pleasure when reading Paradise, it is a novel worth celebrating.» Ibrahim Abdin, Sudanese cultural critic