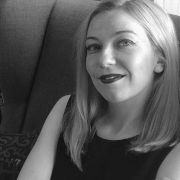 Alexandra Chreiteh, born in 1987, grew up in a Russian-Lebanese home and studied English literature in Beirut. She completed her studies in Comparative Literature at Yale University, USA, with a PhD in 2016. She lives in Boston and teaches Arabic and international literature at Tufts University. 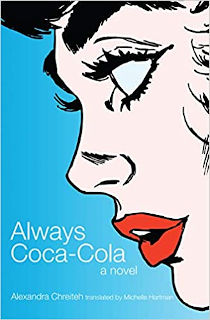 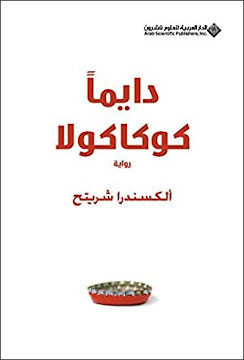 Translated from the Arabic by Michelle Hartman.

The narrator of Always Coca-Cola, Abeer Ward (fragrant rose, in Arabic), daughter of a conservative family, admits wryly that her name is also the name of her father's flower shop. Abeer's bedroom window is filled by a view of a Coca-Cola sign featuring the image of her sexually adventurous friend, Jana. From the novel's opening paragraph - »When my mother was pregnant with me, she had only one craving. That craving was for Coca-Cola« - first-time novelist Alexandra Chreiteh asks us to see, with wonder, humor, and dismay, how inextricably confused naming and desire, identity and branding are. The names - and the novel's edgy, cynical humor - might be recognizable across languages, but Chreiteh's novel is first and foremost an exploration of a specific Lebanese milieu. Critics in Lebanon have called the novel »an electric shock.«

«... this short novel is a wonderful, head-shaking, humorous and sometimes sad journey through and around the forces menacing young women’s lives and bodies, in Lebanon and beyond.» M. Lynx Qualey, Egypt Independant 🔗

«Chreiteh is a fresh voice in the Arab world … [She] keeps up a lively dialogue (trialogue?) between the main characters, and eventually they all learn what it means to be 20-somethings in modern Beirut.» Kirkus Reviews 🔗

«When university student Abeer Ward looks out the window of her Beirut bedroom, she sees a giant Coca-Cola ad across the street featuring her best friend Yana. The influence of the Occident persists not only in the billboard—and Abeer’s Coke-bottle-shaped birthmark—but in the choices she and her friends make… Chreiteh’s character development and figurative language is strong and there are moments of humor.» Publishers Weekly 🔗

«Always Coca-Cola’s best moments illustrate the fault-line between tradition and modernity … The author’s greatest talent may be her ability to use a little scene to make a powerful point ... an intelligent little book, and worth the read.» New York Journal of Books 🔗

«... it’s a testament to translator Michelle Hartman’s skill that a novel written mostly, but not entirely, in Modern Standard Arabic, the ‹literary language› used in the Arab world, reads so naturally and humorously in English.» Words without Borders 🔗